I wish I could keep this to myself. I don’t want anyone to know about it.

Bipolar can be misunderstood by those who have it and those who don’t.

Sometimes I think the worst part of bipolar disorder is accepting the diagnosis and living with the label. There is still an unfair stigma attached to it and most people don’t understand it well enough.

People throw around the term to anyone who happens to have a mood swing. Doing this is an insult to the people who live with this chronic condition every day and who should be admired for their courage and determination.

It’s like saying to someone who loses focus on something that they have ADD (Attention Deficit Disorder). There may be no harm intended but it’s unfair and unkind.

The label is not relevant or important. What matters is what’s happening to you, how it affects your life and what can be done about it. As a compromise for clarity, throughout this page, I will use the term “bipolar” and drop the word “disorder”.

Bipolar is a mental health condition that causes dramatic shifts in a person’s mood, energy, and ability to think clearly. People with bipolar experience high and low moods—known as mania and depression—which differ from the typical ups-and-downs most people experience. These shifts generally happen in distinct, sustained episodes, having varying frequency and usually lasting for life. It’s a chronic condition for which there is no cure.

About 4.5% of adults in the U.S. experience some form of bipolar at some time in their lives. This represents about 9 million people. Bipolar affects men and women equally, and typically begins in early adulthood.

Bipolar is not easy to diagnose. Some people have bipolar for years before the illness is identified. A doctor needs to diagnose you by evaluating the nature and severity of your symptoms.

If left untreated, bipolar usually worsens. However, with a good treatment plan including psychotherapy, medication, a healthy lifestyle, a regular schedule, and early identification of symptoms, most people live well with the condition.

Sticking to a medication protocol is a necessity. You must see an experienced psychiatrist. Medication will help manage your symptoms and put you in a position to live your life in relative stability. You may need to be on medication the rest of your life. As hard as this may be to accept, it’s better than living a chaotic life.

Scientists have not yet discovered a single cause of bipolar. Currently, they believe several factors may contribute, including:

What does having bipolar mean?

There are two main types of bipolar:
Bipolar 1 is defined by manic episodes that last at least seven days, or by manic symptoms that are so severe that the person may need hospital care. Depressive episodes occur as well, typically lasting at least two weeks. With Bipolar 1, there is a severe decrease in daily functioning.

Bipolar 2 is defined by a pattern of depressive episodes and hypomanic episodes. Hypomanic episodes last at least four consecutive days, and are present most of the day. They have similar symptoms to manic episodes but are less severe and don’t interfere much with daily functioning.

A manic episode lasts at least one week, nearly every day, for most of the day. It also causes a severe decline in everyday functioning. Symptoms include:

A major depressive episode is present for at least two weeks, and results in a depressed mood most of the day, nearly every day. It results in a severe decline in everyday functioning. Symptoms include:

Here’s how untreated bipolar can negatively affect the way you live:

There are a number of treatment options.

Bipolar is treated and managed in a number of ways:

Here's some of what we’ll do together.

Here are examples of the benefits of psychotherapy and areas that I will focus on:

I’ll never get it under control.

Most people who get proper treatment and stick with the plan get their lives under control. It’s important to educate yourself and take responsibility for your own well-being. You must also use the resources that are available to help you.

I can’t accept I have this condition.

The harsh reality is that you may not be able to have everything you want. You may have to make compromises and adjustments to the way you live. However, this can also open doors to having a more meaningful, purposeful life.

Nothing seems to be working.

Every so often you need to evaluate how you’re doing. Sometimes medication and other treatments need to be changed. That’s why a good psychiatrist and psychotherapist are essential.

You don’t have to suffer.

The benefit of psychotherapy is having someone to help you with issues related to self- image, relationships, work, and life. You can’t control it but you can manage it so you can have a happy, fulfilling life.

Please don't hesitate to contact me for a free consultation. 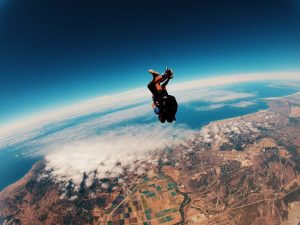 The Courage of Bipolar People